Today I am on the biggest Galápagos island – Isabela. It’s appropriately shaped like a seahorse and is the most beautiful of the three islands I have visited so far. It’s got a tiny population, no proper roads and the animals are bigger and more plentiful; the beaches are broad sweeps of white sand and totally deserted. Palm trees sway softly in the light island wind, while the hard sun beats down on the bronzed earth. Today I went on a tour of the lava tunnels, a complex cluster of hardened mounds which jut from the sea to create a haven for the most interesting of creatures. It’s the strangest of environments, with rocky outcrops supporting many cactuses and other scrubby plants. An hour’s windswept boat ride and I was dipping into the pristine turquoise waters. While snorkelling there I saw sea horses, a swarm of gentle golden rays, eagle rays, tropical fish, white-tipped sharks, blue-footed boobies, an enormous sea turtle, and Galápagos penguins (some of the smallest in the world at 30cm when standing, and the only penguins in the northern hemisphere)! 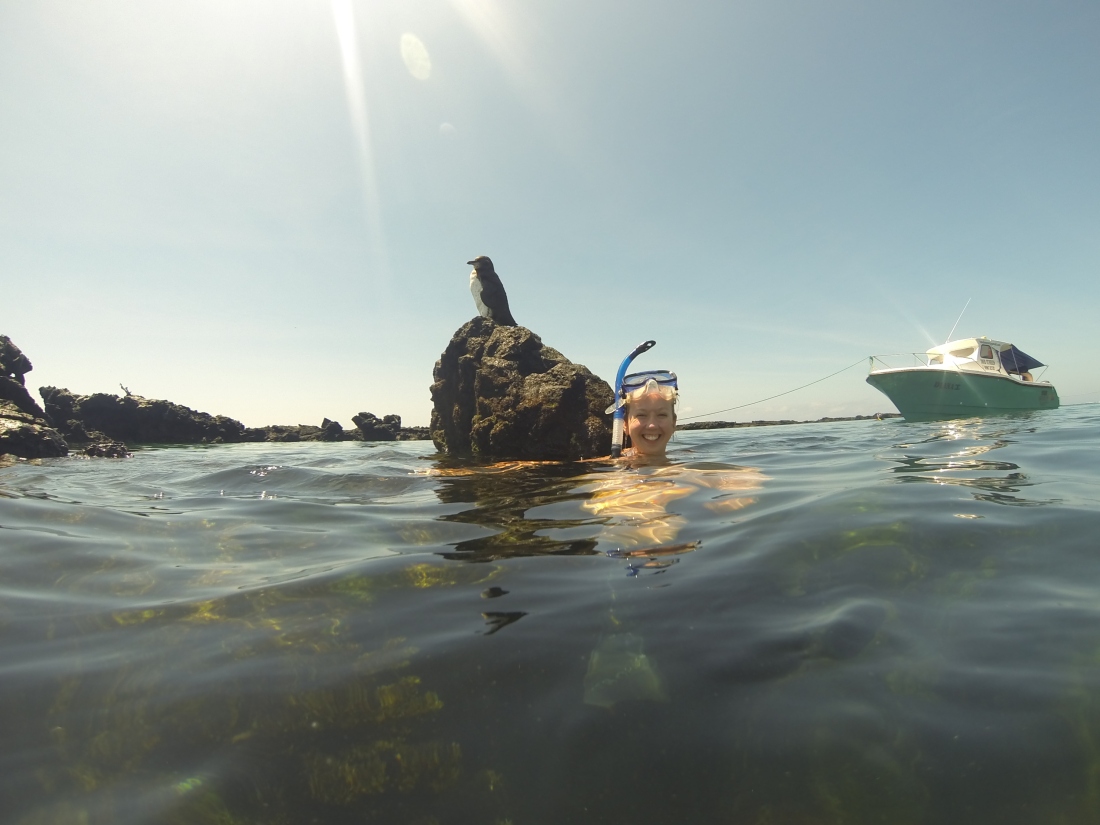 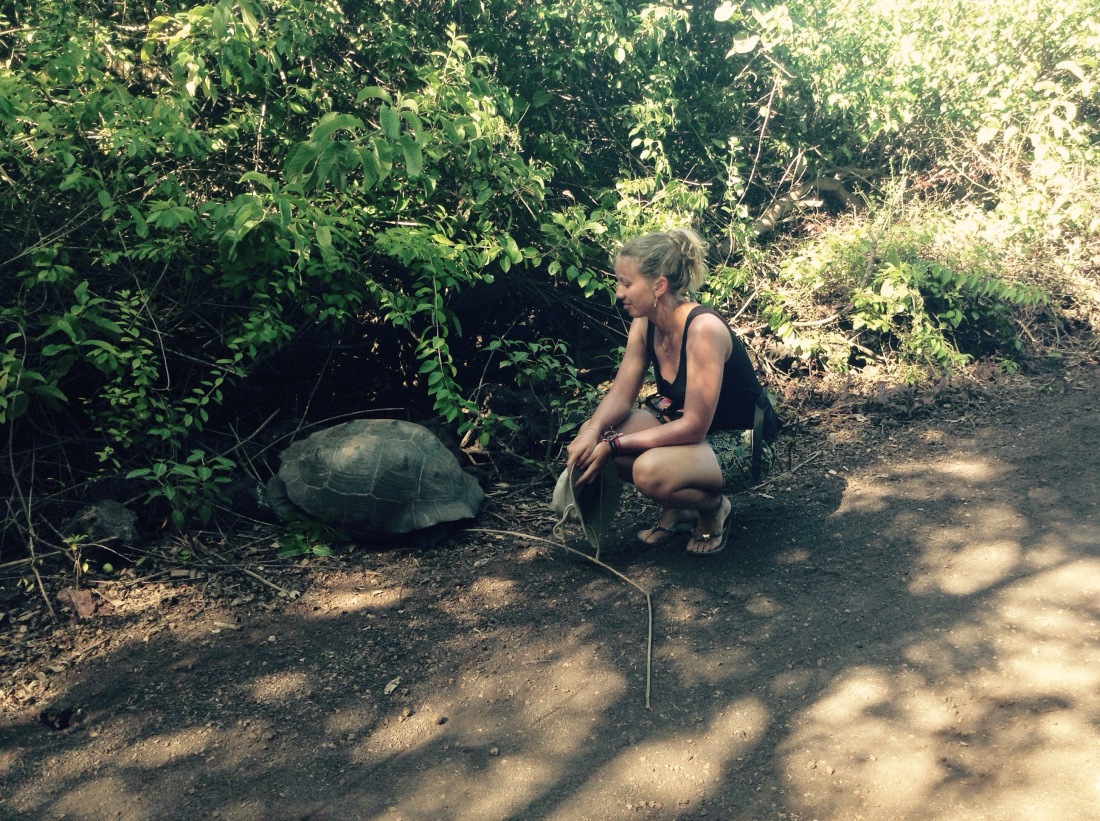 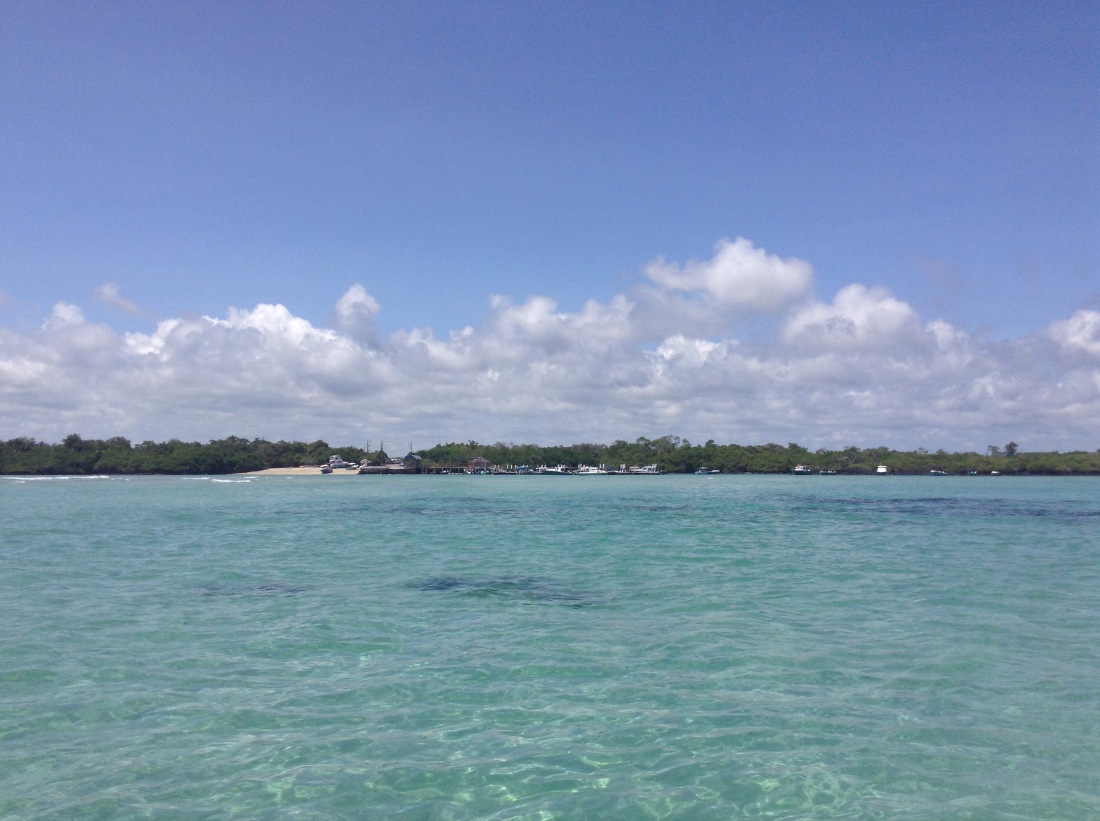 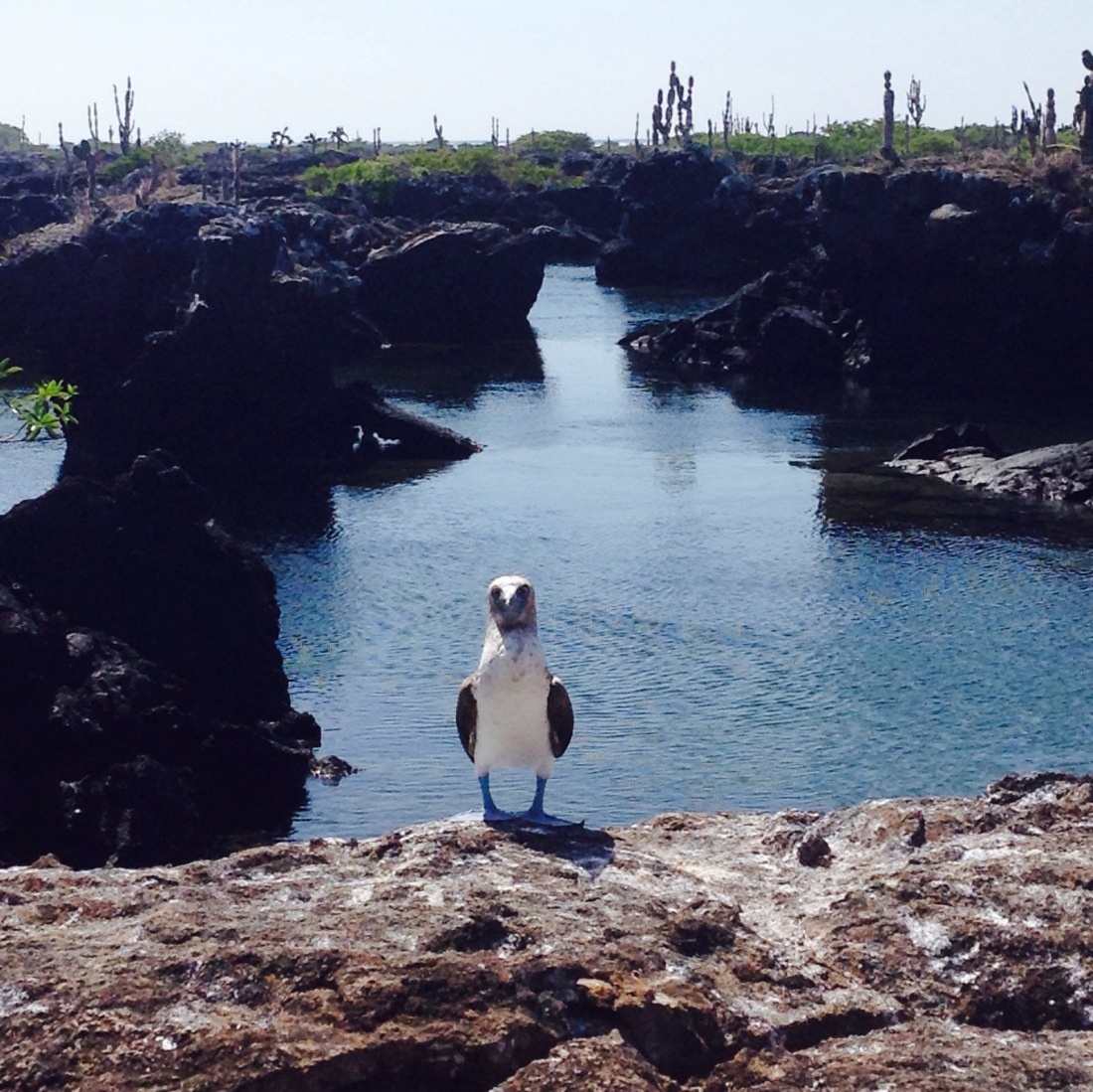 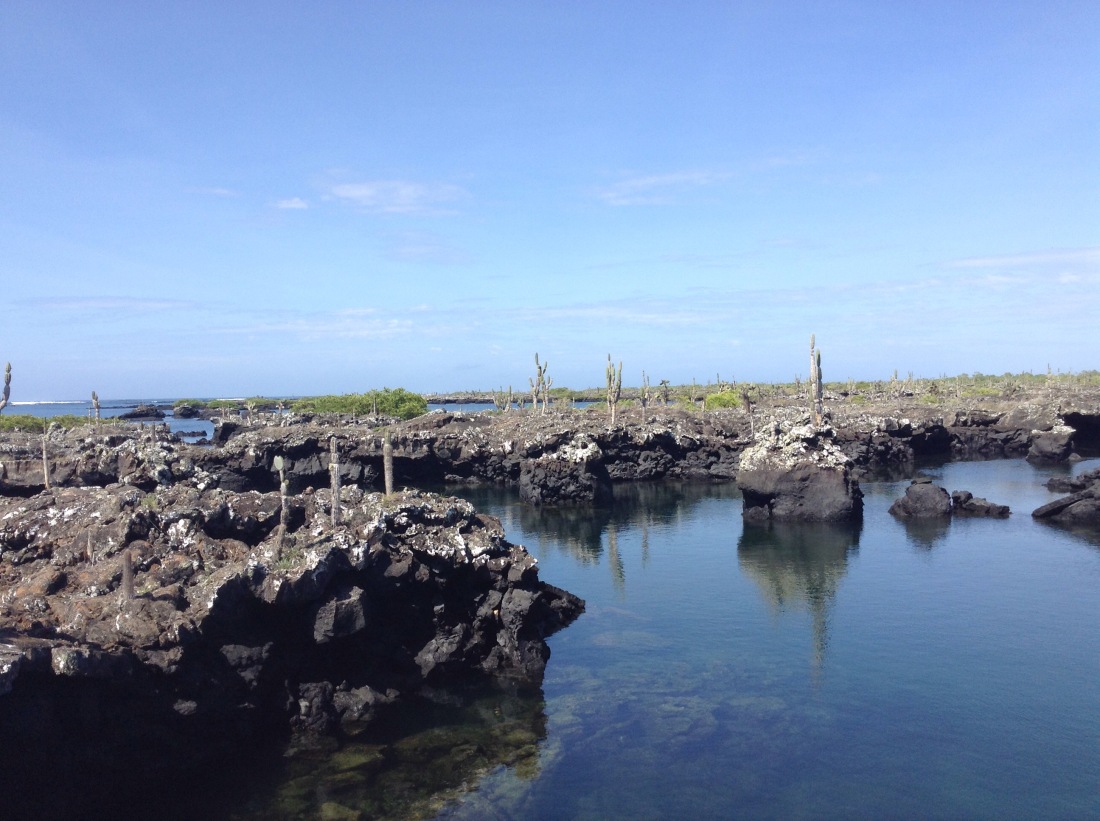 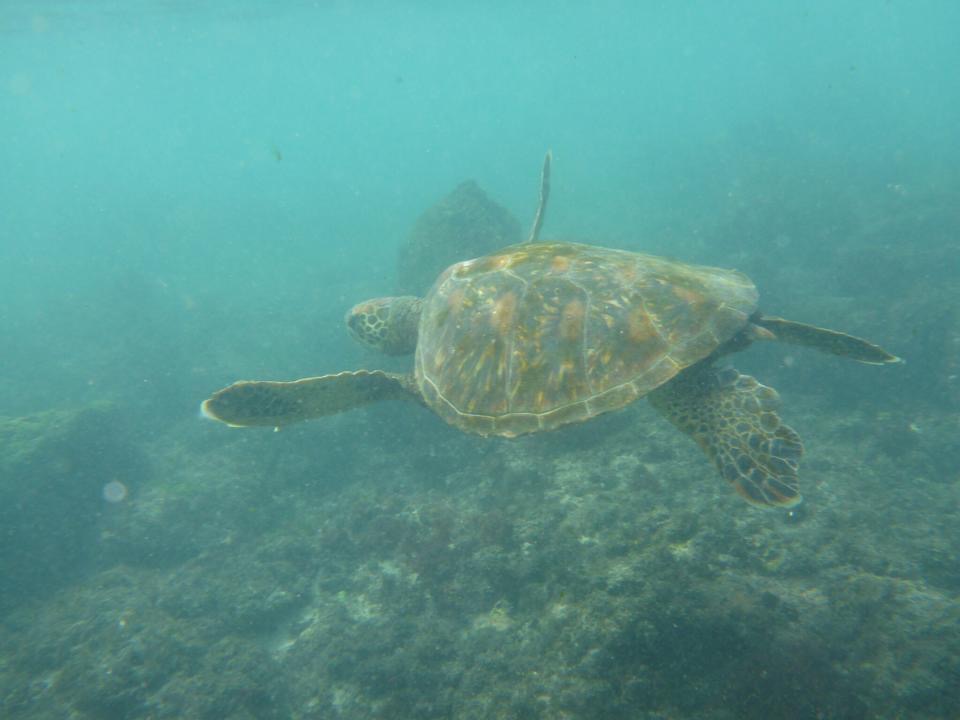 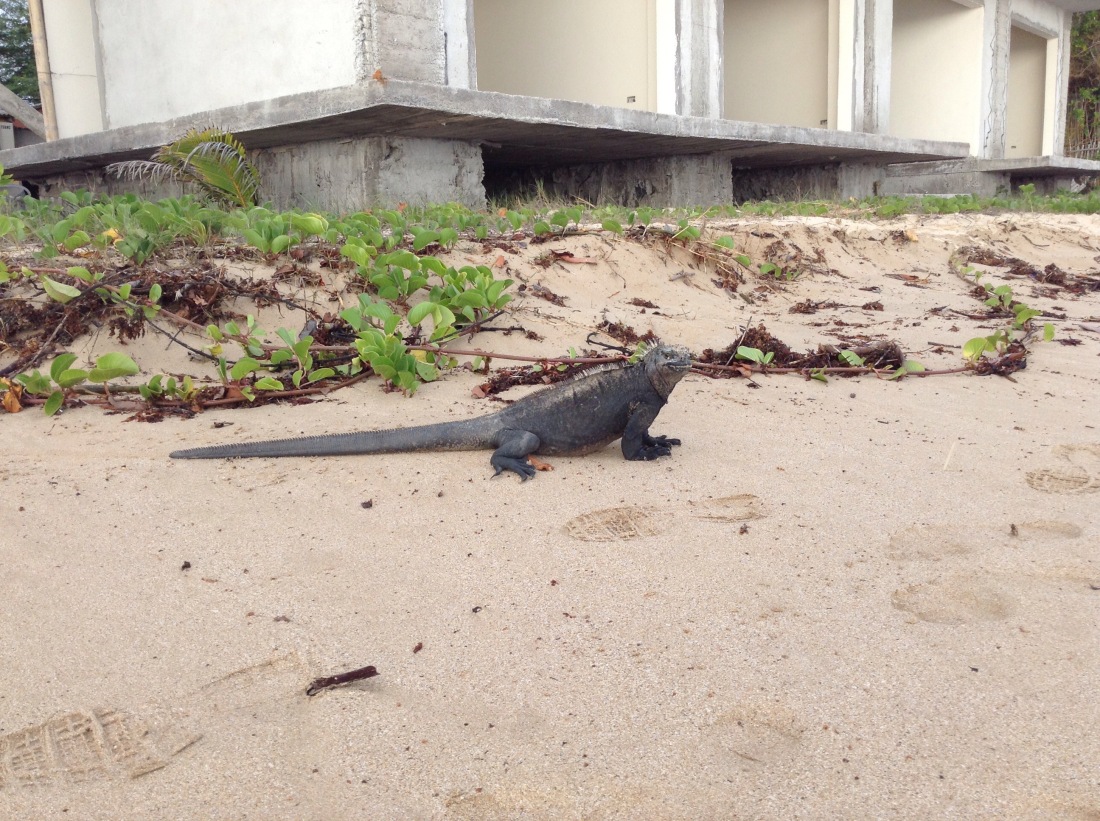 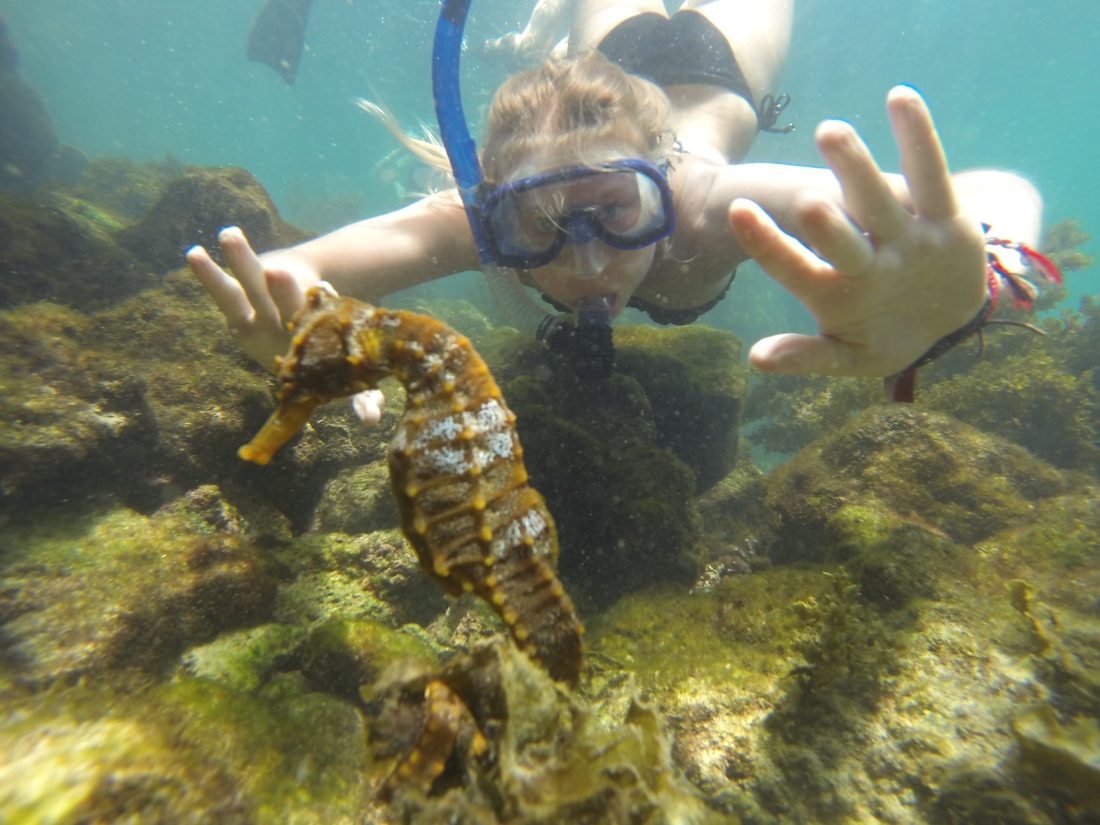 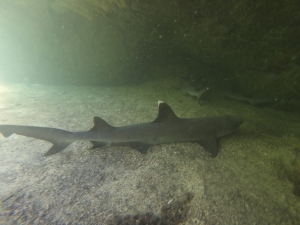 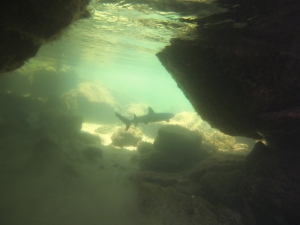 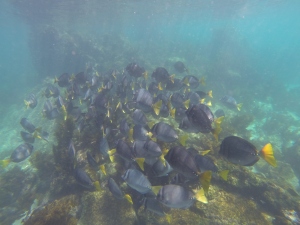 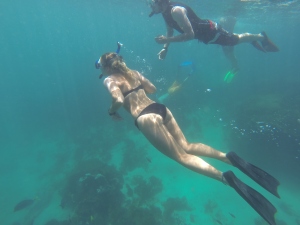 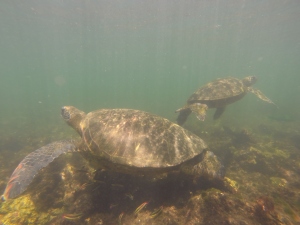 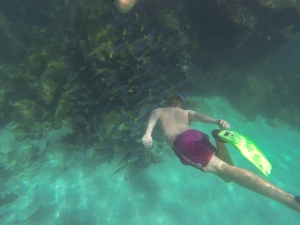 The day before, we hiked 16 kilometres to the Sierra Negra – an active volcano which last erupted in 2005 and has one of the largest craters in the world at 10 km (6 miles) across.

It was the most bizarre landscape – like being on Mars. The ground comprised sharp, porous volcanic rock and softly smouldering reddish dust, while in the distance, lush green flat land rolled away as far as the eye could see. To the north west, the ocean lapped at the shore in shades of exquisite blue-green.

This is the world before humans took over. This is the unencroached Earth without human interference, before fences are erected, foreign species introduced and land cultivated and exploited. It’s breathtaking to think how it’s all changed, and what it could be if, once again, the world were put back into the hands of nature. 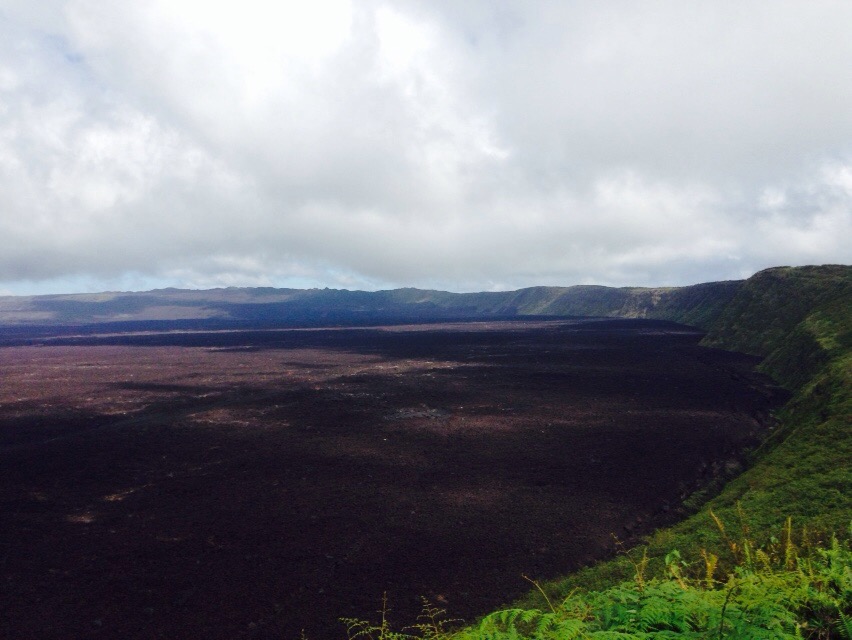 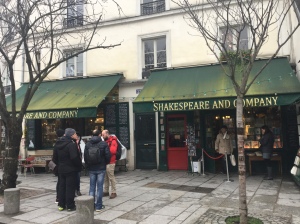